Every Cook Can Govern: The Life, Impact & Works of CLR James 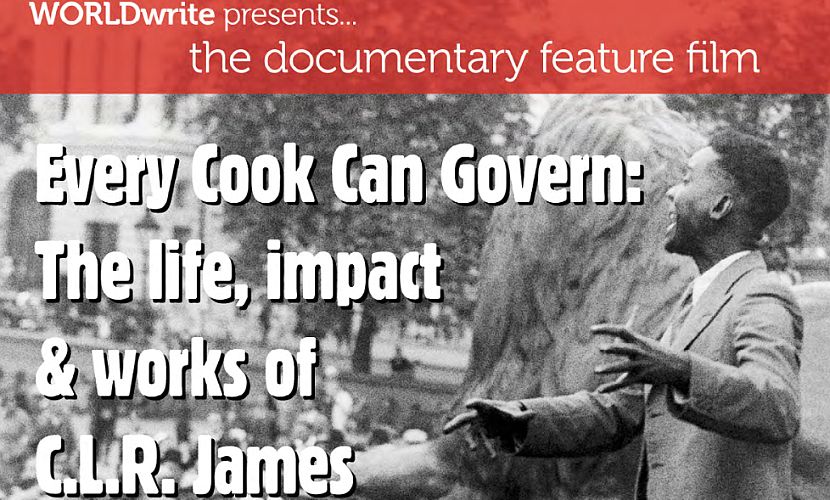 Join us on September 26, 2016 in the Lindsay Room (second floor, Halifax Central Branch Library) at 6:30 pm for the Halifax premier of Every Cook Can Govern: The Life, Impact & Works of CLR James directed by Ceri Dingle.

Free and open to all!

This historical tour-de-force interweaves never-before-seen footage of C.L.R. James himself with personal contributions from those who knew him and astute historical and political analysis from leading scholars of his work. The result is an epic feature-length documentary which grapples with issues from colonialism to cricket, from slavery to Shakespeare, from Marxism to the movies and from reading to revolution. The film’s unique production history – crowd-funded, crowd-featured and crowd-filmed with over 200 volunteer camera operators, presenters and researchers – does credit to James’ conviction that every cook can govern.

For more information about the film and the project behind it visit:http://www.clrjames.uk/