The Radical Imagination Project was founded in 2010 as a platform to study, analyze, foment, broadcast and promote the radical ideas that emerge from social movements.

Based in  K’jipuktuk in the territory of Mi’kma’ki – better known by its colonial name of Halifax, Nova Scotia, Canada – the project undertakes a range of activities, including: 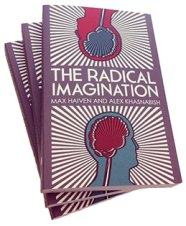 You can read more about the theories that animate our project in various articles we have published, or in our book The Radical Imagination: Social Movement Research in the Age of Austerity, published by Zed Books and Fernwood Publishing in 2014.

The Radical Imagination Project is coordinated by Alex Khasnabish.