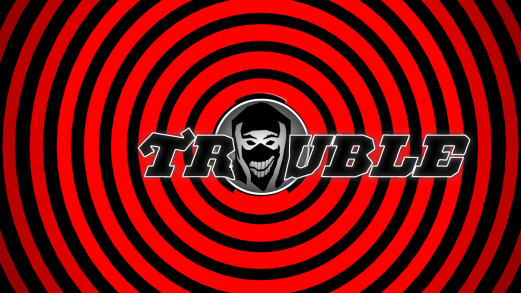 This fall join us at the Central Branch Library in Halifax for screenings of subMedia’s social justice documentary series “Trouble.” Screenings will be followed by moderated discussion. We bring you this exciting and timely series in collaboration with Halifax Public Libraries and Autonomy East. Here’s the schedule…
—
The Radical Imagination Project Presents Trouble

Join us for screenings of the new social justice documentary series Trouble produced by subMedia. Screenings will be followed by facilitated discussion.

September 11 – Room 301
Trouble #1: Killing the Black Snake (29 minutes)
The first episode of Trouble looks beyond the mainstream narratives surrounding the Standing Rock encampment to get a better understanding of some of the camp’s overlooked dynamics, including serious disagreements over which tactics to use to best stop the Dakota Access Pipeline (DAPL).

September 25 – Room 301
Trouble #2: Bash The Fash (30 minutes)
In the wake of Trump’s ascendency to the US presidency, a toxic mix of white nationalism, Islamophobia, transphobia, violent misogyny, and anti-migrant hysteria is rapidly coalescing into a growing movement that has in turn sparked a surge of interest in anti-fascist organizing. In this episode, subMedia interviews a number of individuals from the US, Canada and the UK to get a better understanding of it.

October 16 – Lindsay Children’s Room
Trouble #3: Refugees Welcome (34 minutes)
In this episode of Trouble subMedia interviews a number of individuals from around the world who are helping to chart a course for the future based on living practices of solidarity and mutual aid, and who are invested in tearing down the physical and imaginary borders that seek to keep us divided.

October 30 – Lindsay Children’s Room
Trouble # 4: No Justice… Just Us (31.5 minutes)
In this episode of Trouble subMedia interviews a number of individuals engaged in legal defence and prisoner solidarity, and looks at some of the ways we can begin to build movements that are more resilient in the face of state repression.

November 20 – Room 301
Trouble # 5: You Are Being Watched (34 minutes)
In this episode of Trouble subMedia interviews a number of individuals about their experiences of dealing with infiltrators and informants and looks at some of the ways that we can build movements that are more resilient to state and corporate surveillance.