What’s Next for Greece’s Grassroots Movements Against Austerity after the Election? 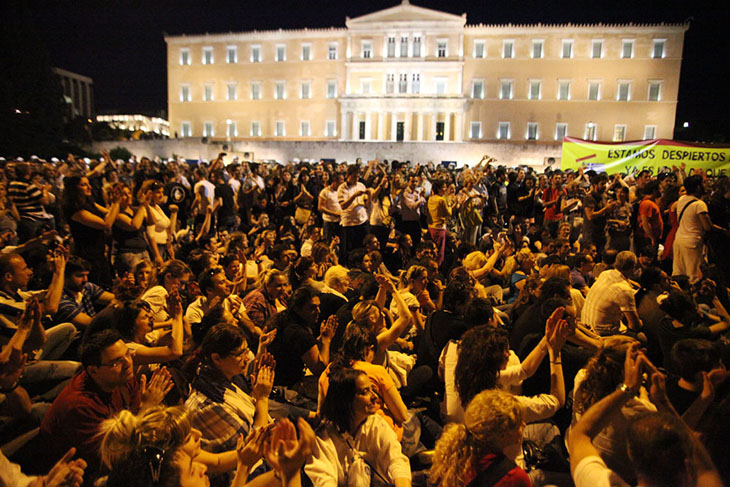 The Radical Imagination Project and Solidarity Halifax are pleased to invite you to a conversation about the recent Greek elections on Tuesday, March 24 from 5:30-7:30pm at Just Us! Coffeehouse, Spring Garden Road.

5:30-6:30 – discussion with a grassroots organizer and scholar from Greece
6:30-7:30 – a discussion of the implications for Halifax, Nova Scotia and Canada.

The election of the left-wing Syriza party in Greece last month has been hailed by many as one of the greatest recent challenges to the austerity agenda and a victory for Greece’s grassroots radical organizers. But what is the situation on the ground? What potentials and perils does the new government face? What is the scope of their political agenda and ambitions? What is their relationship to the autonomous grassroots movements in Greece (social centres, solidarity clinics, occupied factories, anti-privatization efforts, and more)? What lessons can we learn for our own struggles in Canada, and in Halifax?

Join us for a conversation with Theodoros Karyotis via teleconference.

Theodoros Karyotis is a sociologist, translator and activist participating in social movements that promote self-management, solidarity economy and defense of the commons. A member of the Initiative of Solidarity with the Vio.Me. self-managed Factory, (viome.org) and the Initiative 136 for social control of Thessaloniki’s water services (136.gr). He helps organize the annual Direct Democracy Festival, an international event that brings together collectives, activists and academics around the issue of constructing radical alternatives to capitalism from below. He blogs at autonomias.net.