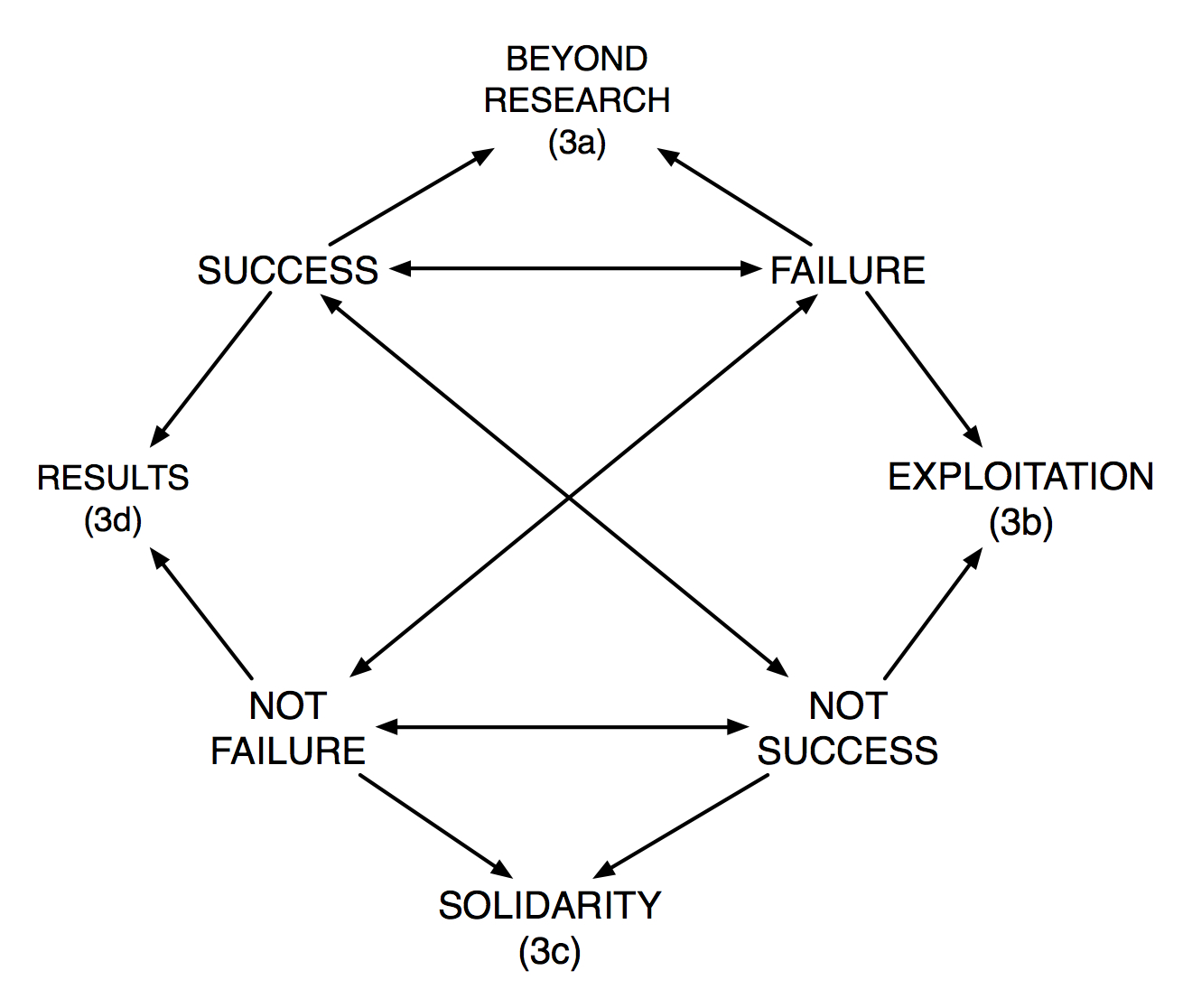 In 2010, we won a grant to experiment with “convoking” the radical imagination. We wanted to contribute to efforts to reimagine the relationships between social movement researchers and the social movements they study. We chose to do this research in the unromantic and marginal city of Halifax, Nova Scotia, an intentional departure from the cosmopolitan contexts which tend to dominate social movement studies. With a population of just under 400,000, sprawling out across a huge geographic area on Canada’s east coast, we were interested in working with movements experiencing stagnation, frustration, and failure, rather than those enjoying momentum, exhilaration, and success. We wanted to imagine a form of solidarity research aimed not just at supporting or working for particular social movement campaigns or organizations, but at intervening in the difficult, slow space between and amidst movement participants and groups as they attempted to contend with global and local issues.
Three years later, after dozens of interviews, several public events and dialogue sessions, and a goodly amount of participant observation, we found ourselves reflecting on the successes and failures of the project (not the least because our funders, the Social Sciences and Humanities Research Council of Canada, required us to do so to justify the money they gave us). While we have published the particulars of our research method elsewhere (Khasnabish and Haiven, 2012) and will be sharing some of the results of our research in a forthcoming book (Khasnabish and Haiven, forthcoming), the present essay is a critical reflection on how we measure and imagine “success” and “failure” in social movement research, especially research that strives to work in solidarity with the social movements in question.

We begin by narrating the development of academic social movement studies, from its functionalist origins to recent forms of co-research or solidarity research. But we suggest that even some of the best examples of this work take for granted the categories of “success” and “failure” both in terms of what makes for “successful” movements and what makes for “successful” research. In the second half of the paper, we draw on thinkers like Judith Halberstam, Fredric Jameson and Donna Haraway to argue that a more substantial understanding of social movements, and of social movement research, can come from a more dynamic mapping of success and failure. Drawing on our ethnographic research, we argue that social movements typically dwell in the “hiatus” between “not-success” and “not-failure,” and that researchers seeking to work in solidarity with social movements can fruitfully reimagine their own criteria of success and failure through this model.