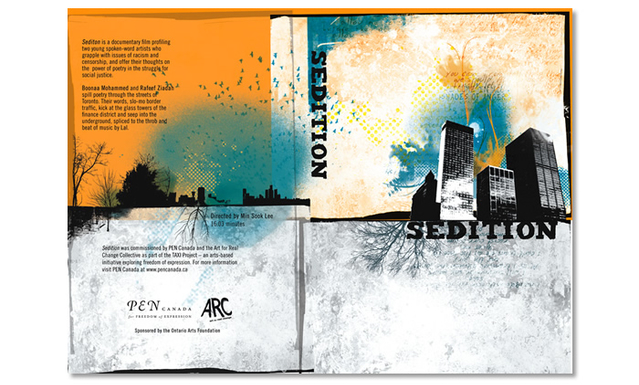 Join us for a free public film screening of
“Sedition” (2008, 16mins) folllowed by Spoken Word performances by Rebecca Thomas (Halifax Poet Laureate) and Poets For Progress