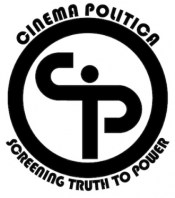 From mortgages to payday loans to student debt to moral obligations, how does debt shape our lives and our society? And how can we overcome it? Join us for provocative films, followed by moderated discussion. A collaboration between The Radical Imagination Project and the Cinema Politica Network and the Halifax Public Libraries.
More information: http://radicalimagination.org/debt-our-common-problem/
Check out an article about the series in The Coast: http://www.thecoast.ca/halifax/open-waters-festival-entices-you-in/Content?oid=4506926

DEBT TRAP (2008, Dir. David Adkin, Canada, 35’) examines why the average Canadian is sinking deeper in hock, by looking at the stories of several individuals and families who are struggling with debt. Sobering, ironic, and enlightening, the film probes the reasons why more and more of us are struggling to keep afloat, and what needs to be done to turn this trend around. (debttrapdocumentary.com/)

IN THE RED (2014, Dirs. Ana Pecar & Oliver Ressler, various, 20’) is a film about the Strike Debt group, an offshoot organization of Occupy Wall Street in New York City. The group organizes around debts, an instrument of control and maintenance of economic power. Strike Debt initiates several activities to expose hidden mechanisms of financial capitalism. (ressler.at/in_the_red/)

LIFE AND DEBT (2001, Dir. Stephanie Black, US, 80’) is that rare breed of documentary which succeeds in both educating and informing its viewers on a complex topic while also entertaining them from start to finish. Thanks in part to the stunning natural beauty of Jamaica, Life and Debt is a cinematically beautiful masterpiece which explores the inherent contradictions and hypocrisies of neo-liberal ideas of development by examining the effects of IMF imposed structural adjustment policies on the idyllic island paradise of Jamaica. Sadly, for most Jamaicans, the paradise tourists enjoy is more like a living hell for those who live in it. (lifeanddebt.org)

Based on Margaret Atwood’s bestselling book Payback: Debt and the Shadow Side of Wealth, Jennifer Baichwal’s feature documentary PAYBACK (2011, Canada, 85’) offers a fascinating look at debt as a mental construct and traces how it influences relationships, societies, governing structures and even the fate of the planet. The film explores the link between debtor and creditor in a variety of contexts and places—from the mountains of northern Albania to the tomato fields of southern Florida—blending compelling stories of “owing” and “being owed” with the views of renowned figures like Karen Armstrong, Louise Arbour, William Rees and Raj Patel. Stories and insights are woven together by the prescient and acute observations of Atwood herself, who demonstrates both that the concept of debt lies at the very core of human experience, and that, because it is a concept, how we think about it changes how it works. cinemapolitica.org/film/payback

In the documentary LIVING WITHOUT MONEY (2011, Dir. Line Halvorsen, Norway-Italy, 52’), we meet the German woman Heidemarie Schwermer (68) who made a deliberate choice to live without money 14 years ago. One day she cancelled her flat, donated all of her belongings and started a new life based on exchanging favors – without the use of money. The experiences she made totally changed her outlook on life. Today she is living an interesting and adventurous life, which is very much related to living in the moment without worrying about the future. She is constantly on the move and always trying to help others find their path towards a more simple and harmonic life. The reactions against her are many and various. While some get angry and call her a parasite, others think she is a visionary and a great source of inspiration. The film reflects around themes of materialism and over-consumption – how money influences our way of thinking, living and acting – and the consequences this has on our life, health and the environment.
livingwithoutmoney.org/