We are please to co-host a launch of A.L. McCready’s new book Yellow Ribbons: The Militarization of National Identity in Canada (http://fernwoodpublishing.ca/Yellow-Ribbons/), published by Fernwood Books.

At 1313 Hollis St in downtown Halifax (map: http://goo.gl/maps/fqrwB)
Free and open to the public

McCready will give a talk on the book and recent developments in the militarization of culture, followed by audience discussion.

From the back of the book (http://fernwoodpublishing.ca/Yellow-Ribbons):

Since 2001 and the beginning of the “War on Terror,” Canadian culture has undergone a profound militarization. Moving away from previous myths of national identity centred on notions of multiculturalism and peacekeeping, Canada is increasingly being defined through a new patriotism based on military and policing actions around the world. In this book, A.L. McCready explains how this cultural transformation took place by examining a range of Canadian cultural case studies, from the supposedly grassroots “Support Our Troops” campaigns to films and cbc programs. McCready shows how a combination of cultural shifts and explicit government actions have worked to silence internal debate and criticism and to transform Canadians’ understanding of their country and its role in the world. McCready also shows how today’s patriotic militarism is part of a much broader socio-economic transformation of Canadian society towards a more neo-conservative and free-market oriented paradigm and how Canada’s militarized nationalism emerges from and is continuous with the nation’s racial and colonial history. 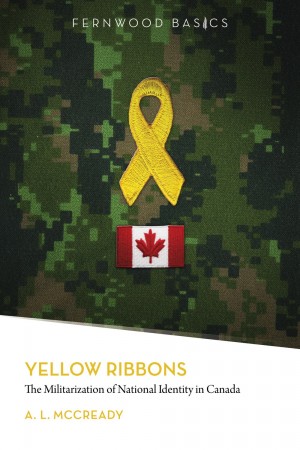