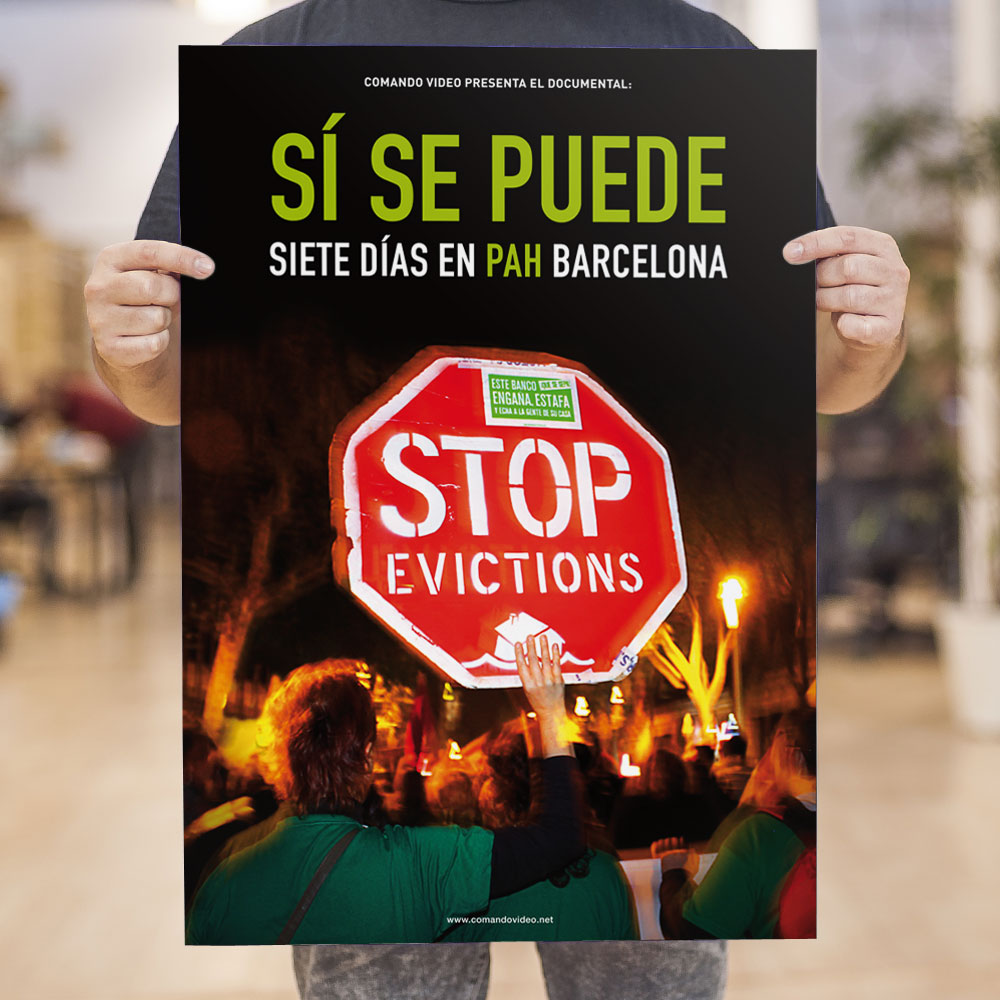 ‘SÍ SE PUEDE. Seven days at PAH Barcelona’ is a daily account of Barcelona‘s Platform of People Affected by Mortgage in what could be a week of its tireless activity. Departing from the concrete and the everyday, the documentary tries to explain the complexity and diversity of a movement that has spread throughout the state and has been a real challenge for civil society to government policies and financial institutions after the economic and human disaster which marked the bursting of the housing bubble.

Seven interviews (combined with images collected for more than one year) lead the viewer through the different activities performed weekly in PAH Barcelona, illustrated with case studies and anecdotes of everyday life. From the Welcome Assemblies, Coordination and State-wide PAH to the Mutual Support Group, the ‘Obra Social’ Campaign or Advocacy and Action in the Banks, this documentary has put cameras in the heart of the organization to visualize, in addition to the drama, the huge invisible work behind the PAH and the process of transformation and empowerment of people who compose it.

JOIN US FOR OTHER GREAT FILMS IN WINTER 2016