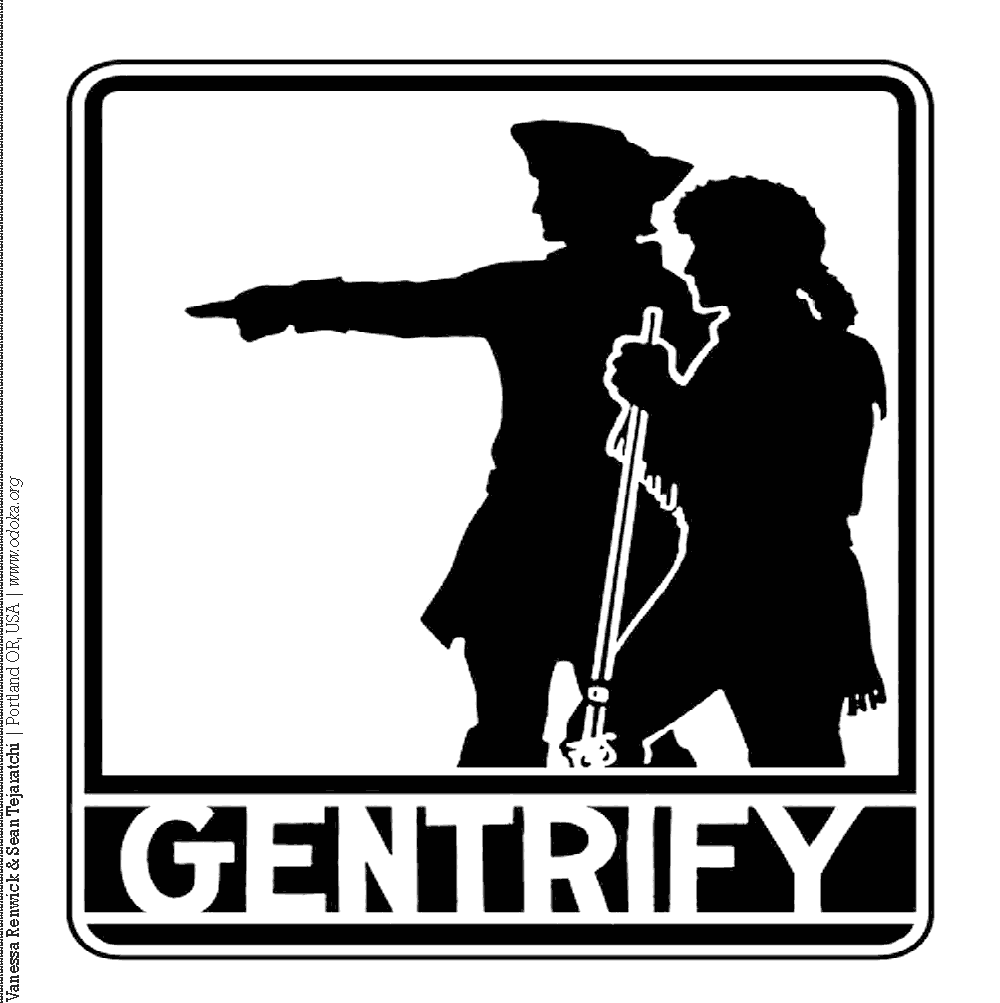 Cities are growing and changing, but in whose interests and for whose benefit? These documentary films explore urban space, wealth, race, and the role of the arts, past and present, local and global.

Join us for provocative documentary films, followed by moderated discussion.

A collaboration betweenThe Radical Imagination Project and the Cinema Politica Network and the Halifax Public Libraries.

THE PRUITT-IGOE MYTH (2010, Dir.Chad Freidrichs, 83′). It began as a housing marvel. Two decades later, it ended in rubble. But what happened to those caught in between? The Pruitt-Igoe Myth tells the story of the transformation of the American city in the decades after World War II, through the lens of the infamous Pruitt-Igoe housing development and the St. Louis residents who called it home. At the film’s historical center is an analysis of the massive impact of the national urban renewal program of the 1950s and 1960s, which prompted the process of mass suburbanization and emptied American cities of their residents, businesses, and industries. Those left behind in the city faced a destitute, rapidly de-industrializing St. Louis , parceled out to downtown interests and increasingly segregated by class and race. The residents of Pruitt-Igoe were among the hardest hit. Their gripping stories of survival, adaptation, and success are at the emotional heart of the film. The domestic turmoil wrought by punitive public welfare policies; the frustrating interactions with a paternalistic and cash-strapped Housing Authority; and the downward spiral of vacancy, vandalism and crime led to resident protest and action during the 1969 Rent Strike, the first in the history of public housing. And yet, despite this complex history, Pruitt-Igoe has often been stereotyped. The world-famous image of its implosion has helped to perpetuate a myth of failure, a failure that has been used to critique Modernist architecture, attack public assistance programs, and stigmatize public housing residents. The Pruitt-Igoe Myth seeks to set the historical record straight. To examine the interests involved in Pruitt-Igoe’s creation. To re-evaluate the rumors and the stigma. To implode the myth.
MY BROOKLYN (2012, Dirs. Kelly Anderson & Allison Lirish Dean, 76′) is a documentary about Director Kelly Anderson’s personal journey, as a Brooklyn “gentrifier,” to understand the forces reshaping her neighborhood along lines of race and class. The story begins when Anderson moves to Brooklyn in 1988, lured by cheap rents and bohemian culture. By Michael Bloomberg’s election as mayor in 2001, a massive speculative real estate boom is rapidly altering the neighborhoods she has come to call home. She watches as an explosion of luxury housing and chain store development spurs bitter conflict over who has a right to live in the city and to determine its future. While some people view these development patterns as ultimately revitalizing the city, to others, they are erasing the eclectic urban fabric, economic and racial diversity, creative alternative culture, and unique local economies that drew them to Brooklyn in the first place. It seems that no less than the city’s soul is at stake.Meanwhile, development officials announce a controversial plan to tear down and remake the Fulton Mall, a popular and bustling African-American and Caribbean commercial district just blocks from Anderson’s apartment. She discovers that the Mall, despite its run-down image, is the third most profitable shopping area in New York City with a rich social and cultural history. As the local debate over the Mall’s future intensifies, deep racial divides in the way people view neighborhood change become apparent. All of this pushes Anderson to confront her own role in the process of gentrification, and to investigate the forces behind it more deeply.She meets with government officials, urban planners, developers, advocates, academics, and others who both champion and criticize the plans for Fulton Mall. Only when Anderson meets Brooklyn-born and raised scholar Craig Wilder, though, who explains his family’s experiences of neighborhood change over generations, does Anderson come to understand that what is happening in her neighborhoods today is actually a new chapter in an old American story. The film’s ultimate questions become how to heal the deep racial wounds embedded in our urban development patterns, and how citizens can become active in restoring democracy to a broken planning process.
REMEMBER AFRICVILLE (1991, Dir.Shelagh Mackenzie, 35′). This short film depicts Africville, a small black settlement that lay within the city limits of Halifax, Nova Scotia. In the 1960s, the families there were uprooted and their homes demolished in the name of urban renewal and integration. More than 20 years later, the site of the community of Africville is a stark, under-utilized park. Former residents, their descendants and some of the decision-makers speak out and, with the help of archival photographs and films, tell the story of that painful relocation.

PORTRAIT OF RESISTANCE: THE ART AND ACTIVISM OF CAROLE CONDÉ & KARL BEVERIDGE (2011, Dir. Roz Owen, 72′). As the wealth-divide and environmental crises grip public awareness, the world is finally catching up to the vision and ideas of Carole Condé and Karl Beveridge — pioneering artist-activists who have been working for social change since the mid 70’s. Inspired by their visual innovations and feisty wit, PORTRAIT OF RESISTANCE intimately captures Carole Condé & Karl Beveridge as they create provocative staged photographs — about the environment, the rights of workers and the current global financial crisis.