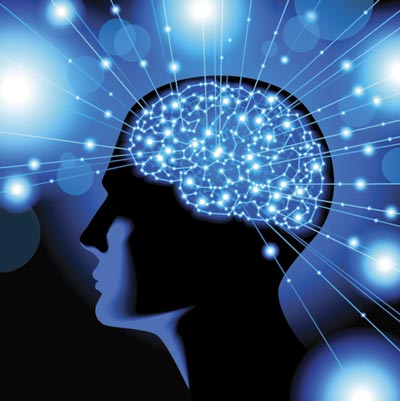 As the crisis of austerity deepens, forcing workers and the public to swallow the costs of the global financial meltdown, the need for the radical imagination is more urgent than ever. But what is it, actually? How can we understand the radical imagination as more than a hollow slogan? How can it be a critical tool for building movements to reclaim our world from a renegade form of capitalism rooted in sexism, racism, homophobia, mass incarceration, the illegalization of migrants and the destruction of the earth? These are the questions we ask and seek to answer in our book The Radical Imagination: Social Movement Research in the Age of Austerity (Zed Books, 2014), which is based on our study of today’s social movements. Here are a few key things we learned.

The idea of the imagination typically makes us think about our own unique, individual mental worlds. But in a very real way, our mental worlds are shared imaginative landscapes. When we tell stories about our past, present and future or about inspiring victories or humbling defeats, we are crafting such landscapes through dialogue and participant power. Sharing them helps us experience a common sense of who we are, what (and who) is valuable, and what might be possible in the future. We are building these imaginary landscapes all the time, together, not always explicitly, but through our interactions. This is what lovers do when they dream together of their futures and build a relationship. It is also what successful movements do.

Creating purposeful and positive spaces and times for imagining together, and for debating and refining shared visions of the past, present and future is key to the vitality of successful movements. But we also live in larger communities, and the imagination can become dangerous and reactionary when it is harnessed to nationalism, and vindictive and punitive politics. Indeed, today our collective imagination is so deeply saturated by the imaginary value of money that we are literally destroying the earth and billions of lives in the name of illusory economic growth. Social movements are both spaces to reimagine the world and vehicles to transform the imaginative landscape of society more broadly.

For instance, the Occupy movement, as it emerged in hundreds of cities in North America and around the world, was not only an attempt to influence political leaders. It created in its encampments, and through its very presence, an alternative moment for reimagining social relationships, political power and future possibilities. It fostered spaces of dialogue and debate, and also challenged the reigning paradigm, which would have us imagine that the proper place for politics is at the ballot box, and that experts only should be allowed to craft policy agendas and design the future.

The Latin origin of the word radical means “from the root,” and a radical imagination is one that sees society’s problems, and the power that impacts our lives, as deeply rooted in systemic and structural inequalities and forms of exploitation. This means that the economic crisis is not merely the result of the greed, corruption, stupidity or evil of particular individuals, but an outcome of the fundamental contradictions of capitalism. It also means that things like racism and sexism are not merely the attitudes of individual bigots, but deeply stitched into the fabric of society and its economy, and into our own lives and senses of self and community. In order to confront the rootedness of systemic exploitation and oppression, movements need to claim radical positions and, in both word and deed, promise a different, better world.

Movements must see themselves not as sites of struggle only, but also as catalysts for the imagination. They cannot limit themselves to offering seemingly practical solutions to small questions, but must fearlessly advance and defend visions of very different worlds. Only in this way can they gain widespread support. Perhaps counterintuitively, the reality is that, today, the belief that the systems we live under can be reformed or tamed is hopeless idealism; a revolutionary approach is pragmatic and understands the only real way out of the crisis complex we are living under is through radical social transformation. Bold announcements of radical pragmatism inspire the radical imagination more broadly and, when combined with thoughtful organization, can change the world.

For instance, the Quebec student movement of 2012 successfully fought back an increase in university tuition fees and helped bring down the Quebec government because those who were a part of it insisted on fighting for the principle that education is a human right and ought to be free. This allowed them to make an appeal to the radical imagination that, ultimately, garnered a great deal of public support, especially after government crackdowns on the right to protest showed the bankruptcy of the ruling paradigm.

3. The radical imagination is not just one thing; it emerges from tensions, arguments, debates and differences.

Our imaginations are activated and enlivened when we encounter new things and ideas, new images and examples. The imagination sparks because of the friction between people, paradigms and realities. We don’t want a world where everyone’s imaginations are the same. But if we work hard, and we create intentional spaces, we can sometimes synchronize our imaginations, like the common beat of many different drums.

Practically, this means social movements need to create productive and welcoming spaces to build common understandings. Social movements can be zones of imaginative experimentation, exploration and possibility. Yet we should not get too romantic: Movements also have to function, and a revolution is not built purely out of love and good feelings. Rather, movements need to be spaces where disagreement, argument and critical thinking flourish. The radical imagination emerges from the tensions between people, ideas, experiences and strategies. Making room for these tensions, but ensuring they don’t overpower the movement, is key.

For this reason, movement spaces need to be open to difficult knowledge, to people’s testimony of hurt and oppression – and they need to be based on the realization that building solidarity and a common imagination is never-ending work. Our research convinced us that movements are too often riven because those who enjoy power, privilege and opportunity cannot or will not imagine and learn from those who suffer oppression, exploitation and colonization. The radical imagination emerges from acknowledging and working through differences and tensions, not by glossing them over in the name of false unity or claims to revolutionary efficacy. Those who enjoy the greatest benefits from capitalism, white supremacy, heteronormativity, patriarchy and other systems of exploitation and oppression have the most to learn about how those systems actually work. Learning is a radical act that leads to real solidarity, for we have been taught to imagine that some people, some bodies and some traditions are inherently more valuable than others.

The radical imagination rises in us and amongst us because we don’t want to see the world reproduced as it currently is: We want to see it change. As such, the radical imagination is not just about understanding how power works, or dreaming up blueprints for a new society, though these are important (especially if we do them together). Instead, it’s about transforming our social lives and relationships, transforming who and what we imagine are valuable, and transforming ourselves. We do this by building alternative social structures and institutions in our own lives. These can be concrete and material, like housing cooperatives, community gardens and organized social movements. But they can also be more abstract and intimate: building new relationships with friends and family, building new reading and discussion groups. The radical imagination exists in collective practice only.

The current order freezes our imagination into habits and expectations that cause us to reproduce the status quo in our own lives and actions. The radical imagination feeds off of and feeds into our struggles to reproduce our lives otherwise. Even struggles that are more formally political or that strive to change the existing structures of power (rather than utterly replace them) depend fundamentally on people’s experiences in everyday life. That said, the systems of power we now face will not be overcome merely by each of us, individually, being better people. When we build alternatives, we need to assess them on the basis of how well they allow us to confront and, ultimately, overcome systems of exploitation and oppression.

Many imagine that simply having a radical critique or perspective is enough, or that debating radical ideas is a sufficient form of activism. It’s not. The radical imagination exists in the context of material struggles against those with power only, and it emerges only out of building solidarity with others. These struggles may be small or large; they may take place in the classroom, the workplace or the streets. Sometimes they occur as we wrestle with what we’ve been taught or what we’ve been taught to value. But for the radical imagination to have meaning and traction, it needs to make common cause with others for a real, material transformation of the world, and it needs to challenge power directly and fearlessly.

5. The radical imagination takes us from sympathy to solidarity.

The radical imagination forces us to reimagine our relationship with those who suffer and to imagine the ways our own suffering or fortune is tied to the suffering or fortune of others. For instance, the radical imagination insists that we pay attention to how, based on the bodies we inhabit, we are privileged or oppressed, empowered or disempowered, valued or devalued. Moreover, it allows us to link an analysis of inequality, oppression and injustice to broader systems of exploitation and oppression like capitalism, colonialism, patriarchy, heretonormativity and white supremacy.

We are all alienated under capitalism – alienated from the sort of work that might be meaningful, the sort of relationships that might sustain us, from the earth and from community. We are alienated from our own bodies and our own true selves. But we are not all alienated equally, or with the same consequences, and we are certainly not all equally exploited and oppressed. The radical imagination allows us to see this alienation, exploitation and oppression, and what is common and uncommon about it. It enables us to see that none of us are free until we all are. But the radical imagination is a process, not a possession, a collective journey, not a personal destination.

6. The radical imagination is a promise we make to ourselves.

The radical imagination is a promise never to settle for easy or comfortable answers, never to become self-congratulatory, never to lay down arms in the struggle for freedom and justice. It is also a commitment to recognize that the imagination itself is not enough, that without radical material transformation, both at the level of everyday life and at the level of economics and politics more broadly, the imagination cannot rise above an individual fetish.

In our alienating and unjust world, we are each encouraged to understand our imagination as a personal refuge from harsh conditions. Indeed, the imagination is today put to work as never before. We are compelled to dedicate our imaginations to daydreams of individualized escape: lonely hopes of winning the lottery to evade our debts, or idle fantasies of revenge visited upon those who oppress us. Worse still, today we are told that, if we want to survive in this system, we need to sharpen and aim our imaginations towards our own personal economic gain, become savvy entrepreneurs endlessly “working on ourselves” while ruthlessly maximizing our competitive advantages in the workplace, in school and in life.

Rather than being merely a tool of grim individual survival, the imagination can be the catalyst for collective liberation. But to make it so we need to embrace radical ideas and radical practices. We need to open ourselves to the possibility that our world could be radically different. We need to refuse to be conscripted to the reproduction of injustice, and we need to have the courage to trace social and personal problems to their root.